Our Garden of Angels

45 photos
On February 15, 1998, Amy Robinson was riding her bicycle to work when she met two of her co-workers on the street, Michael Wayne Hall and Robert Neville. Amy, a mentally challenged young woman of 19, worked at a local grocery store in Arlington, Texas. Arlington is a town of approximately 300,00 people located between Dallas and Fort Worth. The two young fellows told Amy they were going for a ride and talked Amy into putting her bicycle in the back of their pickup truck and to come along for the ride. That was the last time anyone saw Amy alive.

A few days later, Amy's body was found in a densely wooded area. She had been shot numerous times with a 22-caliber handgun. The brutal and totally senseless murder shocked the City of Arlington and the entire Dallas-Ft. Worth metroplex. Her two co-workers were quickly arrested and confessed to police that it was just a random act of violence. In their own words, "We were just looking for something to do."


Several months later, Amy's grandmother, Carolyn Barker placed a single wooden cross at the scene of Amy's death as a roadside memorial. Later, with the help from other murder victim's family members, she decided to start a homicide memorial park dedicated to the memories of loved ones who had been murdered.

I first visited the park on Easter, April, 2007 which marked the 7th anniversary of Our Garden of Angels and is also Amy Robinson's birthday. At that time, it was the only murder victim's memorial park in the country. These photos document that event

I interviewed Greg Price, one of the founding members of Our Garden of Angels and he was emphatic in his belief that the park was built not just to memorialize the dead. He said, "We wanted this park to be a place where people come to celebrate the lives of their loved ones. We want children to come and play here. We want this to be a breathing and living park. Although we grieve for our loved ones, we cherish and celebrate their time on this earth. That is what we want this place to mean. If every visitor can leave here with a renewed sense of hope and faith, then we have done our job."

Our Garden of Angels is located at 11271 Mosier Road -Euless, Texas.

For more information, please visit their website:
Our Garden of Angels

To view a slideshow with a soundtrack, please visit Slides. 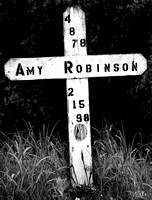 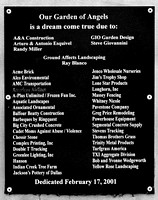 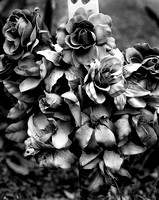 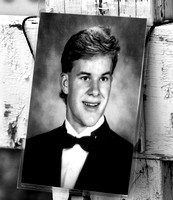 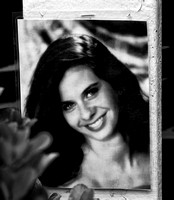 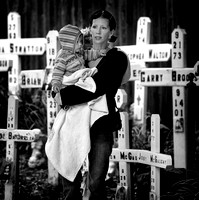